Druk Yul, or “Land of the Thunder Dragon,” is the remote Himalayan kingdom we know as Bhutan. Nestled deep in the heart for the Himalaya, wedged between two giant and populous neighbors, the country has retained much of its historic culture, its centuries-old rituals, and its fascinating heritage. Isolated by some of the highest mountain ranges on earth, Buddhist Bhutan is still poorly known in the West. Although most of it is now open to foreigners, tourist quotas are still restricted, and few travelers—and even fewer birdwatchers—have had first-hand experience of this unique and diverse country. On this tour we’re sure to see birds in abundance, plus breath-taking scenery as we travel across almost the entire country. 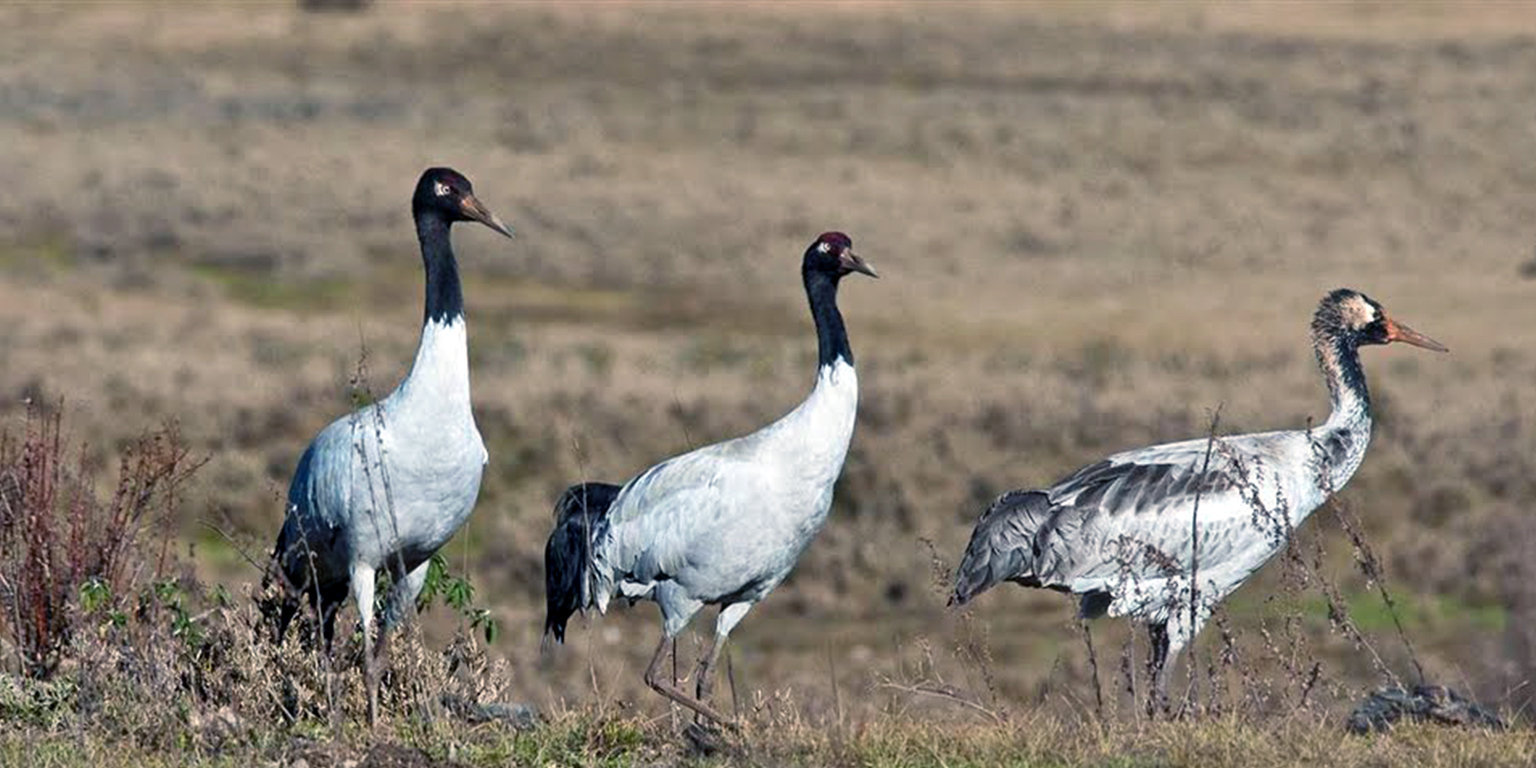 Over 70 percent of the land surface is forested, and over 600 species have so far been recorded in Bhutan so far; among them are more than 30 new species our tours have added to the country’s list, including Rusty-bellied Shortwing and Hodgson’s Bushchat. A significant number of species, including Satyr Tragopan, Blood Pheasant, Himalayan Monal, Yellow-throated Fulvetta, Fire-tailed Myzornis, and Wedge-billed, Long-billed, and Bar-winged Wren-Babblers, are easier to see here than anywhere else on earth. And Bhutan is one of very few accessible places to see several others, such as Ward’s Trogon, Yellow-vented Warbler, Blue-fronted Robin, and White-naped Yuhina. Even more, perhaps, than other countires, fabulous Bhutan fires the enthusiasm of all who have visited it, leaving them with a sense of privilege and a longing to return. This will be the eleventh WINGS tour of Bhutan.